Here are my not so late reviews for the top three books I’ve read for the month of November and December: 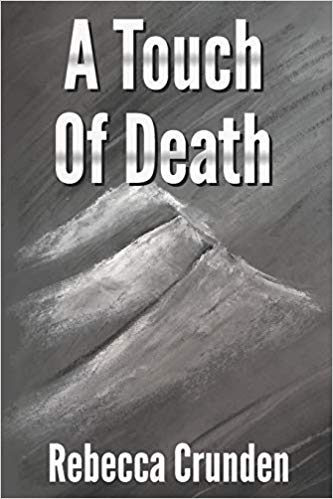 A TOUCH OF DEATH

A thousand years in the future, the last of humanity live inside the walls of the totalitarian Kingdom of Cutta. The rich live in Anais, the capital city of Cutta, sheltered from the famine and disease which ravage the rest of the Kingdom. Yet riches and power only go so far, and even Anaitians can be executed. It is only by the will of the King that Nate Anteros, son of the King’s favourite, is spared from the gallows after openly dissenting. But when he’s released from prison, Nate disappears.

A stark contrast, Catherine Taenia has spent her entire life comfortable and content. The daughter of the King’s Hangman and in love with Thom, Nate’s younger brother, her life has always been easy, ordered and comfortable. That is, where it doesn’t concern Nate. His actions sullied not only his future, but theirs. And unlike Thom, Catherine has never forgiven him.

Two years pass without a word, and then one night Nate returns. But things with Nate are never simple, and when one wrong move turns their lives upside down, the only thing left to do is run where the King’s guards cannot find them – the Outlands. Those wild, untamed lands which stretch around the great walls of the Kingdom, filled with mutants and rabids.

The book started a little off. Confused, however, I continued reading for I was very curious about Nate, why he was imprisoned and hateful of the kingdom his father love so much that he is a close friend of the king. I was also curious about Cat, about the kingdom, the king, the infection and their day to day lives. The narration is good and it somewhat gives me an old-fashioned or historical vibe. Maybe because the way the couples are pre-destined to be married and how dictatorial the king is in the kingdom. Nevertheless, the story is good. you will learn everything that happened as you read along and get invested with the characters. You will be pulled into their post-apocalyptic dystopian world where Nate and Cat are on the run from the king after their possible infection and after what happened to Thom. It also has romance, mystery, action and suspense. I got bored in the middle chapters but picked up when Cat was in danger and Nate saved her from his old friend. I look forward to reading book 2 of The Outlands series.  Thank you for the author who gave me a copy to review a wonderful, unique story.

You can get your copy here –>  Amazon 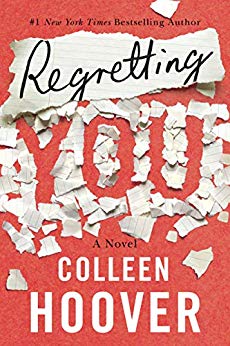 Morgan Grant and her sixteen-year-old daughter, Clara, would like nothing more than to be nothing alike.

Morgan is determined to prevent her daughter from making the same mistakes she did. By getting pregnant and married way too young, Morgan put her own dreams on hold. Clara doesn’t want to follow in her mother’s footsteps. Her predictable mother doesn’t have a spontaneous bone in her body.

With warring personalities and conflicting goals, Morgan and Clara find it increasingly difficult to coexist. The only person who can bring peace to the household is Chris–Morgan’s husband, Clara’s father, and the family anchor. But that peace is shattered when Chris is involved in a tragic and questionable accident. The heartbreaking and long-lasting consequences will reach far beyond just Morgan and Clara.

While struggling to rebuild everything that crashed around them, Morgan finds comfort in the last person she expects to, and Clara turns to the one boy she’s been forbidden to see. With each passing day, new secrets, resentment, and misunderstandings make mother and daughter fall further apart. So far apart, it might be impossible for them to ever fall back together.

Colleen Hoover never disappoints! Be prepared to cry in the beginning, middle and end of the story. My tears are of happiness, disappointment, pity, love and empathy.  The story tells us that when true love evades you, fate will somehow finds a way to for you to find true love again. Secrets can destroy a family. Secrets can begin a friendship. Secrets can spark emotions. This is how Morgan’s and Clara’s life started. I love how Hoover involves you into the story so deep that you really invest into the characters that you feel what they felt. Hoover also makes you feel that the story happens in front of you. What I love the most is Miller’s revelation at the end that makes my heart happy with love, I know Clara’s as well 🙂

You can get your copy here –> Amazon

Stone Reeves was my neighbor, and I’ve hated him since sixth grade.

Gorgeous and charismatic, he became the town’s football god, while I became the town’s invisible girl.
He went to a Division 1 school for football, while my father was fired by his father.
His team won the National Championship, while my mother died the same day.

He was a first round pick for the NFL …
… while I made the worst decision of my life.

Now I’m in Texas trying to pick up the pieces of my life.
But, Stone is here.
Stone is everywhere.

Because for me, he always has been and always will be my enemy.

Hate is a strong word. Dusty has so much hate for Stone, the football superstar. At the beginning, I was very curious on how Dusty hate Stone so much. What’s the score between them? There are so many emotions in the story, angst, loneliness, confused love, friendship, happiness and family love. Tijan’s previous novel, Teardrop Shot, made me cry my eyes out with the main female character. This time, Tijan made me feel lonely, confused, alone, in love, hate and sorry with Dusty. I love Tijan’s sports romantic stories. I love the big men fall in love with strong women. There are so many things that happen in the story, so many struggles Dusty have to endure and face one after another. Its a good thing Stone was back in her life.

You can get your copy here –> Amazon